What is one serving of alcohol?  The solo cup is marked for the serving sizes for different types of alcohol.

I drank alcohol. When is it okay to drive?

We recommend that you allow 1-2 hours for each drink to metabolize in your body. Serving sizes matter when it comes to calculating when it is safe to drive again.

It is also important to remember that the legal driving limit in Minnesota is 0.08 for people 21 and older. Not a Drop is the zero tolerance law in MN that states: If you are under 21 and are found driving with any amount of alcohol in your system you can receive a DUI and lose your license for 30-90 days.

Why can’t I “keep up” with my friends when I drink?

An individual’s tolerance for alcohol is influenced by many factors - biological sex, weight, metabolism, time and content of last meal consumed, the frequency with which someone drinks, and genetic history. The important thing is to recognize what works for you and where your limits are.

How do my prescribed medications and alcohol interact?

Alcohol may counteract the benefits of your antidepressant or antianxiety medication, meaning you’re not getting the full benefit of your meds. It may also increase the side-effects of your meds. If your antidepressant is a monoamine oxidase inhibitor (MAOI), mixing with alcohol can cause a dangerous spike in blood pressure. Other meds create a drowsiness effect which,  when combined with alcohol, can be intensified. To find out about your specific med, check with your doctor or call a pharmacist. Pharmacists can be a great source of confidential info.

I’ve heard people say, “beer before liquor, never been sicker” and “liquor before beer, you’re in the clear”. What does that mean?

Catchy phrases without much physiological backing. Here’s how it goes -, when you drink beer to the point that shots of hard liquor begin to taste good, you are already intoxicated. And the number of those shots can add up since you don’t recognize the impact and they don’t taste so bad, hence you are now sick and far drunker than you wanted to be. If you have been drinking hard liquor and then switch to beer, there is a good likelihood the carbonation in beer will slow down the rate at which you will drink that beer.

What does it mean to blackout?

Blacking out is different than passing out. When someone “blacks out” they are still conscious and may still be engaging in conversation, walking, dancing etc., but they have no memory of it.  Drinking large amounts of alcohol, or drinking rapidly, anesthetizes the part of the brain in charge of short term memory.  Blacking out regularly can lead to long term learning and memory loss in a developing brain (under the age of 24)

What does it mean to pass out?

When someone who has been consuming alcohol passes out, it might appear as though they have fallen asleep. Passing out is a sign of alcohol poisoning and can be life-threatening.. No one falls asleep at a party. One way to check a person’s responsiveness is by giving the person a sternum rub. Make a fist and rub your knuckles on the person’s sternum, which is the bone that runs the length of their chest. This should be mildly painful and elicit a reflex response. If the person does not respond, call 911.

Another less intrusive way to check responsiveness is by pressing your nail into the nailbed of the other  person’s finger. This should be mildly painful and elicit a reflex response. If the person does not respond, call 911.  This is a medical emergency.

What is alcohol poisoning, and alcohol overdose?

Alcohol poisoning and alcohol overdose refer to the same condition, and it is a medical emergency. By knowing what to look for, you could save a life! If you suspect someone has had too much to drink:

Call 911 immediately if the person is:

What should I do if I think someone is experiencing alcohol overdose?

Turn the person on their side

Stay with the person

What is medical amnesty?

A state statute, medical amnesty, was enacted in August 2013 that provides immunity for underage consumption or possession of alcohol for a person contacting 911 to seek assistance for an incapacitated individual. The person who receives medical assistance will also be immune from prosecution for underage drinking.  The law also extends to 1-2 other individuals assisting on site in the situation.  The law also requires the caller to:  give their full name, stay with the incapacitated individual until help arrives, and cooperate with emergency responders and law enforcement.

When can I drive after smoking weed?

The peak level of intoxication after smoking is 2-3 hours. THC levels, metabolism, amount smoked, and tolerance to cannabis all influence the experience each individual has. For this reason, we recommend you delay driving for 3 hours before getting behind the wheel.

When can I drive after taking an edible?

Maybe… Just. Don’t. You don’t know how long it will take the edible to kick in or how long you’ll be high for. Four to six hours is the average length of time people report feeling high with edibles. Lyft is your friend for these purposes.

When will my edible kick in?

This can take anywhere from 30 minutes to 2 hours, depending on what you’ve consumed.  With lozenges, gum and lollipops, absorption occurs through the mucus membranes and will kick in faster than cookies, gummies or brownies, which are first absorbed in the digestive tract before being absorbed into the bloodstream and then the liver. It is in the liver that THC is metabolized before being released back into the bloodstream, then the brain, at which point the effect occurs. That traveling all takes time. Other factors include diet, sex, weight, metabolism, and tolerance to cannabis

Baked, stoned - Being high (on weed)

Benzos - Short for benzodiazepines. Medications used for a tranquilizing effect, such as Valium and Xanax

Blackout - A person is still conscious and engaging in conversation, but they will have no memory of it

Brownout - Less intense than the experience of "blacking out" when drunk and not remembering portions (or all) of your night, "browning out" occurs when you don't remember something until someone brings it up.

Carts - short for “cartridges”, the part of the vape pen that heats up the vape oil, can be used for vaping weed or nicotine

Coke - short for cocaine; a stimulant most commonly snorted

Crossed/Twisted - being high and drunk at the same time

Darty - literally the two words “day party” put together, they are usually outside and are common when the weather gets warmer after a freezing Duluth winter

Distributor - Someone you purchase drugs from (prescription, cocaine, cannabis)

Greenout - A green out is a cannabis-induced physiological or psychological panic attack. Symptoms include sweating, nausea, heart palpitations, hypervigilance, paranoia, and the fear or feeling that you might be dying or about to die. A green out is typically caused by smoking or ingesting too much cannabis too quickly.

Handle - a half-gallon of liquor.  It gets its name from the handle that is on half gallons. 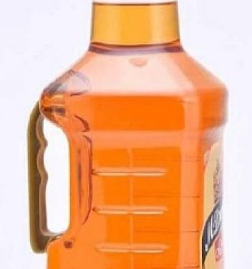 Hit - to inhale or take a puff of weed 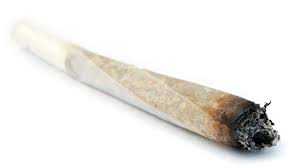 Mixie - a mixed drink, generally liquor and something sweet like juice or pop

Mods - used for vaping, larger than a standard e-cigarette or vape pen and usually produce more vapor, they are modified (hence, “mod”) to included advanced features like a larger battery or more room for e-liquid, mods are not usually used by vaping “beginners”

Paraphernalia - Any object or tool used to get high or under the influence. (ex/ bong, piece, pipe, *more examples*)

Pass Out - It might appear as though someone has fallen asleep. Passing out is a sign of alcohol poisoning and can be life-threatening.

Pickup - The process which entails meeting a dealer in a (usually) prearranged place, and purchasing drugs

Pull - When you drink liquor straight from the bottle

Pregame - Drinking alcohol before going to a social event, like a sports game or party

Roofied - A general term used to describe someone who has slipped a date rape drug (also known as a Predatory Drug), usually in pill or liquid form mixed in with a drink.  Gets its name from Rohypnol, which has been used as a Predatory Drug.

Twisted/Crossed - Being high and drunk at the same time

Wax -  A very potent form of weed, it has a gooey wax consistency and has a high THC concentration...generally between 70 to 90%

The alcohol I drank “hit me all at once” - When you consume alcohol, about 20%,  which is absorbed in your stomach, produces the initial buzz (feeling of warmth, relaxation, etc.) The remaining 80% is absorbed in your small intestines.  Due to the variety of factors that influence metabolism (food consumed, biological sex, weight, fatty tissue, rapidity of alcohol consumption), it can take 15-45 minutes for the full absorption and impact.  If you are drinking rapidly, you may consume quite a lot in that amount of time.  Our suggestion - just slow down.  You will be able to better monitor what your buzz is.  You can’t undo the damage once it’s done

Pedialyte cures hangovers - No, but Pedialyte will help someone who has been vomiting to recover electrolytes. Water will help restore hydration but the only thing that “cures” a hangover is time.

If you have the need for accommodations to use our services please include that in your email or phone call.

If you have the need for accommodations to use our services please include that in your email or phone call.